Tonsils are lymph nodes which can be seen as small lumps at the back of the throat. Tonsils act as filters which trap germs, which could otherwise have entered the child’s airway causing infections. Tonsils also make antibodies to fight against infections. Tonsillitis is an infection of the tonsils and is quite common in children.

What are the symptoms of tonsillitis in children?
Tonsillitis is usually seen in young children between the age groups of 5 and 10 years of age. Although children less than 5 years in adolescence can also get a tonsil infection. The common symptoms of tonsillitis in children are fever, pain in the throat, sore throat and difficulty in swallowing. Children with tonsillitis appeared very ill. On examination of the throat we usually find tonsils big, red and swollen. Pus points might also be seen. In addition the lymph nodes on the neck might be enlarged as well. 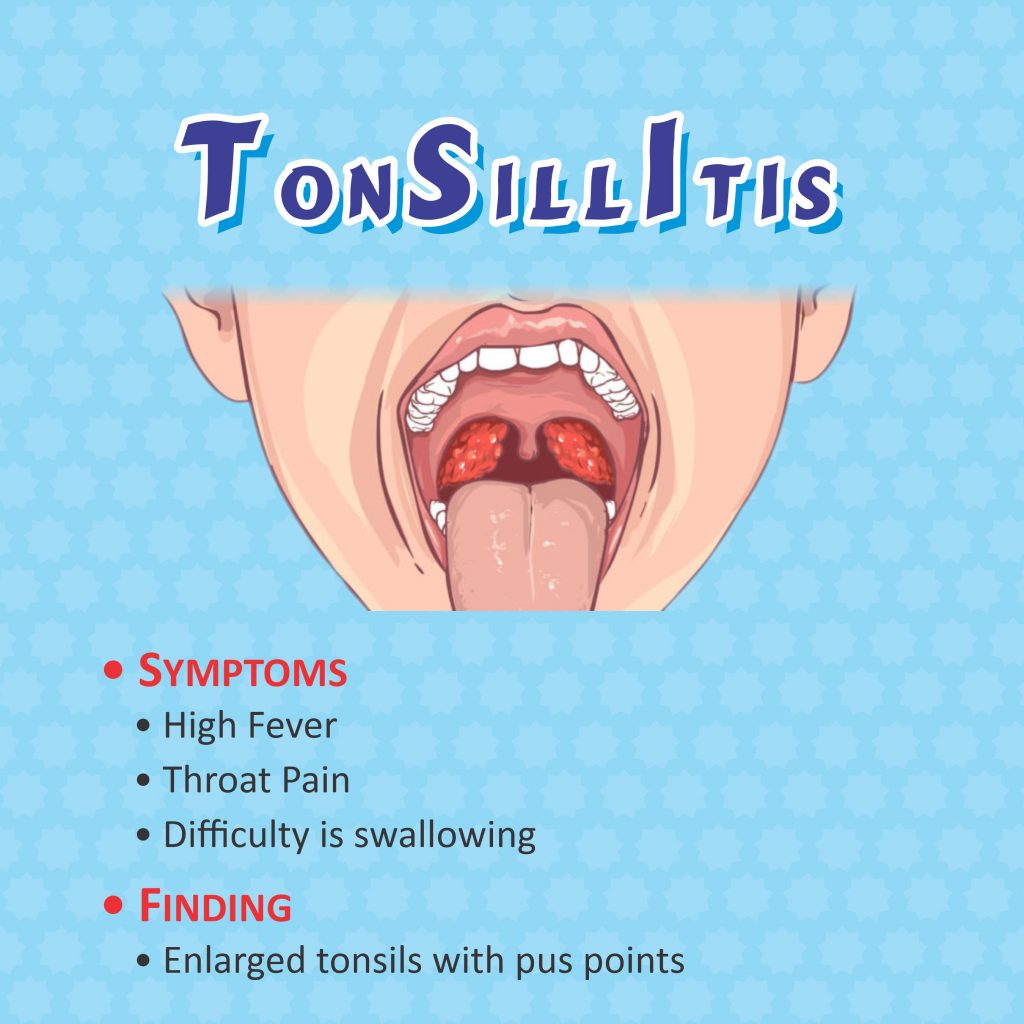 The other complications of tonsillitis is that it can later lead to acute rheumatic fever and post streptococcal glomerulonephritis.

Large tonsils specially if associated with large adenoids can lead to obstruction in breathing of the child during sleep. This can lead to a significant amount of snoring and a condition called obstructive sleep apnea.

It is important to understand that children with tonsillitis require proper care and supervised treatment under a pediatric pulmonologist. Antibiotics should not be used unless they have been prescribed.