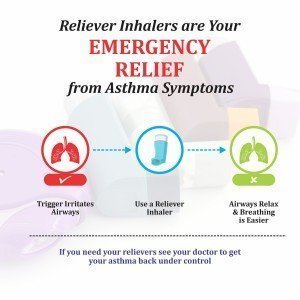 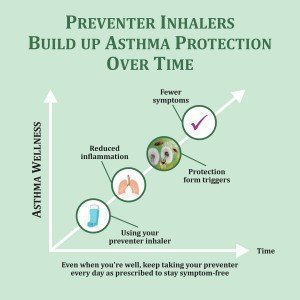 Why Inhalers? Why not Tablets or Syrups?

This is the commonest question asked to me!!
I would always take time to explain in detail the benefits of using an inhaler before writing any prescription. In my experience most parents would accept and prefer to use inhalation therapy after discussion. Inhalers are much better than oral medicines in many ways:

For the same medicine used via an inhaler the amount of medicine is 10 times less and more effective.

The medicine used in the inhalers is not habit forming. It should be remembered that inflammation in children with asthma sometimes take a longer time to go and can reappear also. Hence, on early withdrawal of inhalers symptoms can reappear. This has lead to a misconception that inhalers are habit forming.

Hence it is important that inhalers are used for the prescribed duration and should not be discontinued without doctor’s prescription.

Inhalers very strong. They are used as the last resort therapy?

This again a misconception!
It should be clearly understood that the medicine used in syrups and inhalers is almost the same. Hence it means that it’s just a better way of giving the same medicine. 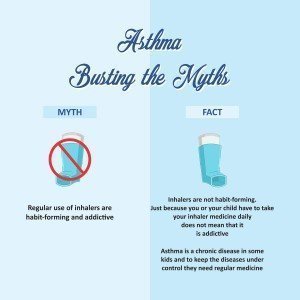 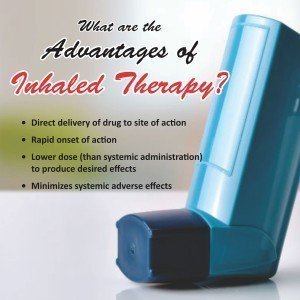 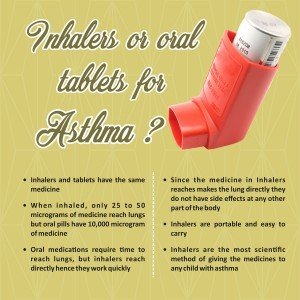 What is the medicine used in the inhalers?

There are 2 types of inhalers:

What are the long term side-effects of the Inhaled Steroids used in Inhalers?

Steroids used in inhalers are very safe since only a very minute amount enters the body. The common side effects observed with oral steroids are almost absent with inhaled steroids. Inhaled steroids have been used for years without any side effects.
There have been questions asked regarding reduced height in children on long term inhaled steroids. It has been shown that children on long term steroids can have 1 cm to 1.2 cm less height in long term. BUT it should be remembered that if asthma remains uncontrolled then the reduction in height can be much more because of the disease itself.

Why do I need a spacer for my child, can’t I use an inhaler directly?

SPACERS SHOULD ALWAYS BE USED WITH INHALERS in children and adolescents. It has many advantages:

What are the other types of Inhalation devices available?

There are other types of devices available called as dry powered inhalers. They can also be used instead of inhalers.
These are also effective and safe, but it should be remembered that the MOST EFFECTIVE form of therapy is an INHALER WITH SPACER.